Theatreland – The Sound of Music(als)

With a name as enchanting as Theatreland, and dramatic ventures beckoning almost anywhere one turns, London’s foremost theatre district is a delight for the eyes. A distinguished name on the stage of English language theatre, the West End is bound by four major roads in the heart of the city, and is renowned for its massive commercial productions, some the longest running plays of all time. The theatre district of London has proven time and time again, its ingenuity and the extent to which it will take the field of drama, and has to show for its success the fantastical and entertaining genre of stage musicals.

From Jesus Christ Superstar to Les Miserables to Cats, the history of Theatreland is steeped in musical and storytelling genius. In the 1970s and 80s, Andrew Lloyd Webber many smash hits have provided proof of the success of British musicals, for he combined the growing popularity of rock music and the centuries old art of English theatrical production to give the West End not only the musicals mentioned above, but other equally majestic ones – Evita, with its soulful “Don’t cry for me, Argentina”, and the gospel-themed “Any Dream Will Do” from Joseph and the Amazing Technicolor Dreamcoat are just two of the best known ones. In the 1990s, with the imminent closing of the century, and with the birth of a new millennium, theatre became more progressive and shows like We Will Rock You, Billy Eliot and Jerry Springer drew audiences back into the theatre, ensuring the legacy of the stage continues.

Here are some of the best musicals currently enthralling audiences and making the London-bound traveller curious today.

The Phantom of the Opera
Showing at: Her Majesty’s Theatre
A lasting name in Gothic romance, Phantom is based on Gaston Leroux’s classic. It recounts the tale of a mysterious masked man, the titular phantom who haunts the Paris Opera House. In majestic musical glory – another testament to Lloyd Webber’s skills as an impresario – the phantom falls in love with Christine Daaé, a beautiful young soprano, although she is only intrigued by him; his grotesque appearance forces him to wear a broken mask, leading to his being feared by all. Undaunted Christine allows him to lead her to his lair so that he may train her to sing as she was meant to. When Raoul, a wealthy nobleman Christine does indeed love, poses an obstacle in their one-sided affair, the phantom gives her an ultimatum – either she stays with him in the Opera House for all eternity, or he shall kill the man she loves. Therein forms the crux of the dark tale. The tragic love story, with its spellbinding special effects and much-praised plot, is one of the longest-running and successful musicals of all-time. Mamma Mia!
Showing at: Novello Theatre
A laugh riot from the very first scene, there are no prizes for guessing who provided the score for this musical – ABBA! The hit songs of the ‘70s band are woven perfectly into this hilarious stage show set in heavenly Greece, wherein a young girl stumbles upon her mother’s old diary and uses it to seek out three men, one of whom she believes is her father. Misconception (and laughter) ensues as her independent mother avoids her former suitors to the tune of ABBA’s timeless chart-toppers, and young Sophie deals with her impending wedding. Adding to the chaos are her mother Donna’s two crazy best friends, the quirks of the three men she once had affairs with, and her annoyance at having her past dragged into her daughter’s wedding. Heart-warming, sometimes a tear-jerker, Mamma Mia has viewers singing along and reminiscing their favorite songs, from “Dancing Queen” to “Money, Money, Money” to “Lay All You Love On Me”. This is a must-watch for all those who grew up to these songs, and are on the lookout for a fresh, larger-than-life take on these classics!

The Lion King
Showing at: The Lyceum Theatre
One of Disney’s most well-loved movies even today, to bring to life the African savanna on stage is no small feat, but the breath-taking view to which the curtains open is something to behold. It is no wonder that The Lion King is such a popular musical ever since it first began showing. The splendid set and the costumes – stunning headdresses, masks and puppets – compliment the songs and characters beautifully. The beloved story of Simba’s struggles with his family, as king of the pride and even just growing up are portrayed with simplicity and daring, ensuring that all those who wish to relive their favorite animated movie are not disappointed. The cultural and ritualistic implications of the story have not been ignored, and by combining them with operatic traditions, the amazing landscape is brought to life. The Lion King on stage has been, and will definitely continue to be as poignant as it was on screen. 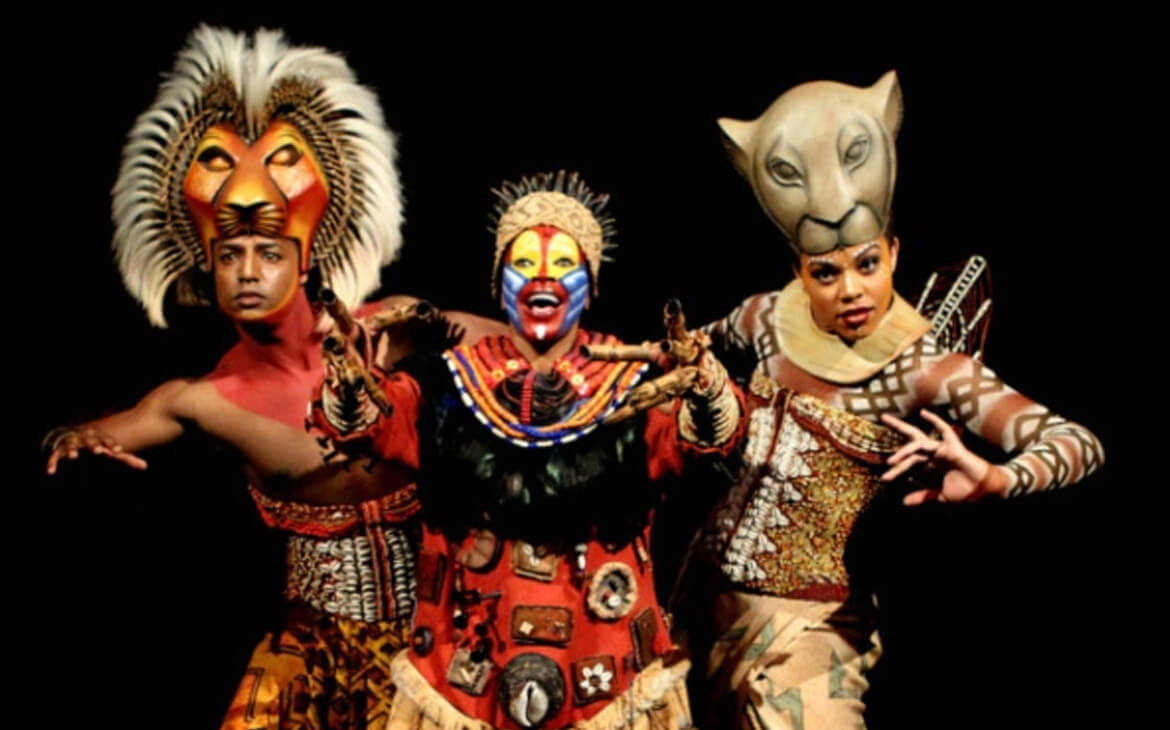 The West End is a cultural nucleus. It has defined British and world theatre, effortlessly ushering in not only audiences, but new ideas and eras into hours-long performances. It is a stage in itself, where actors, directors, scriptwriters, musicians, songmakers and so many more have found an outlet for their creativity. Anyone who has the chance to visit London must take out time to watch a show or two. It will be worth every penny!