On the Outside of it – Have an Adventure!

An adventure is to find yourself whole.

These simple words encapsulate the emotion every adventure junkie feels as they find their way up mountains, down rivers, across deserts and beyond the confines of walled institutions of the home and work variety. There is something to be said when [and much to be done!] when it comes to those activities that get one’s adrenaline going. India is manifold with many such destinations; from travelling the course of NH1 to venturing into one of many jungles to look for wildlife, there is so much to see!

Here are some of the best adventures to be had in India.

Bir is village famed for its ecotourism and meditative circuit, and is also a settlement for Tibetan refugees. It is home to multiple Buddhist monasteries, as well as a prominent stupa which serves as an attraction for pilgrims. However, what draws tourists to Bir is the exciting activity of paragliding. The surrounding Dhauladhar mountain range is a picturesque setting for aero sports, and the well-designed launching and landing space has assured the village a spot as one of the best locations for paragliding [and hang-gliding] in the world.

The best time of the year to take advantage of this sport is from September to November, but the facility is offered all year round. To promote the location, many local and international aero sport competitions are held by the state government. With the emerald meadow below and cerulean skies above, Bir beckons all those who have ever dreamed of flying! 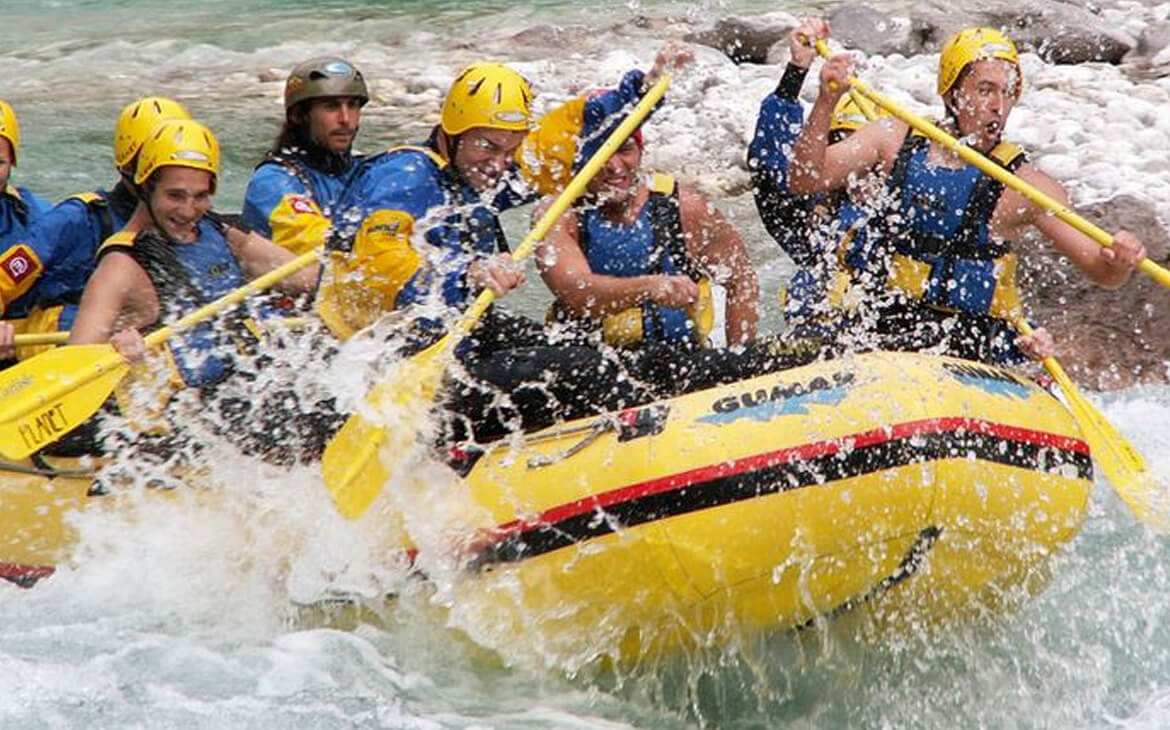 One cannot decide what the best part about Rishikesh is – India’s holiest river, the Ganges, gushes through the land, the area is beautifully framed by forests and once hosted a rock concert by the Beatles in the ‘60s. It is also a famed Hindu pilgrimage center and known for its celebration of the ancient Indian philosophy of Yoga. Today, apart from the religious tourists, Rishikesh finds itself welcoming visitors into its pure waters for adventure! White Water Rafting has been one of the staples for all those who find their way to the town.

From camping alongside some of the cleanest streams of the Ganges to gentle boating in shallow waters to traversing the fast and powerful currents of the river, there is something for every age group to enjoy here. The rapids of the Ganges are known to get the hearts of even the most hardened adventurists beating faster.

Trekking to the Valley of Flowers, Uttarakhand 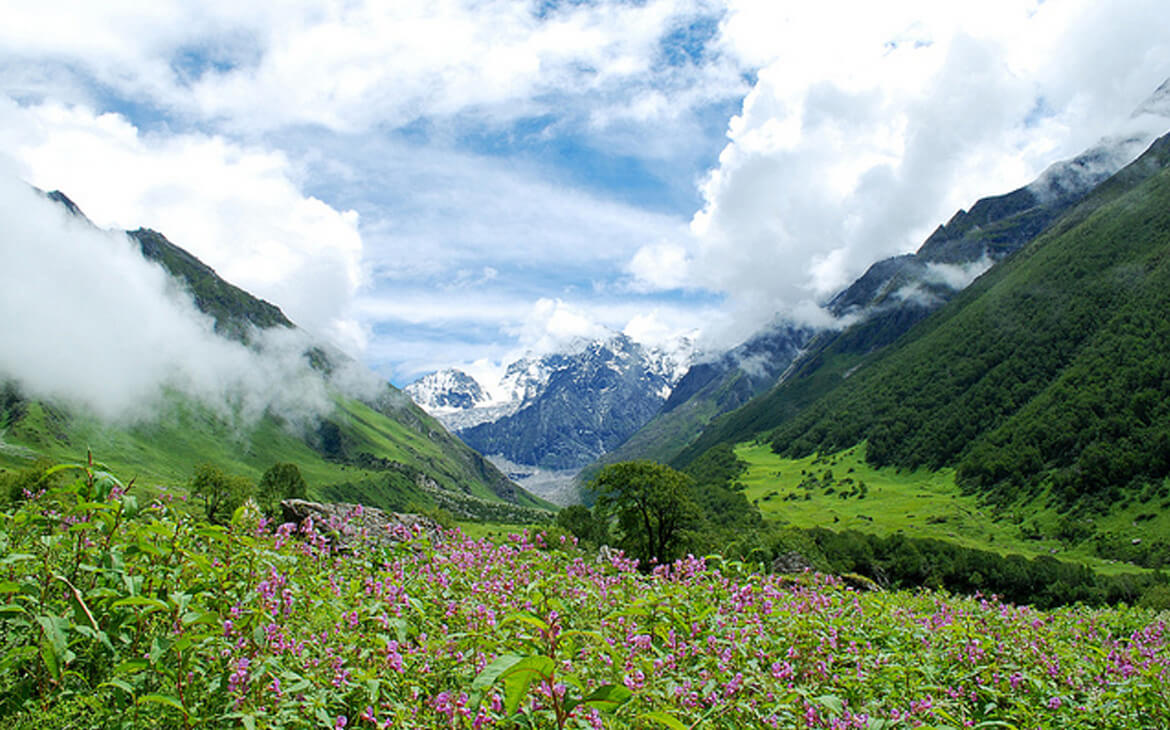 A National Park in nestled in the Western Himalayas, the Valley of Flowers is famous for the eponymous valley filled with breathtaking flora. It also boasts some rare, endangered species of fauna including the snow leopard and blue sheep. The best known tale of the Valley of Flowers is that the intoxicating perfume of the blossoms has caused many a tourists to faint However, it is suggested that one gets a good look at the amazing view before lose consciousness! The brilliance of the palette is worth the trek up to the valley; trekkers will pass little brooks and frozen mountains – a treat for the eyes indeed! 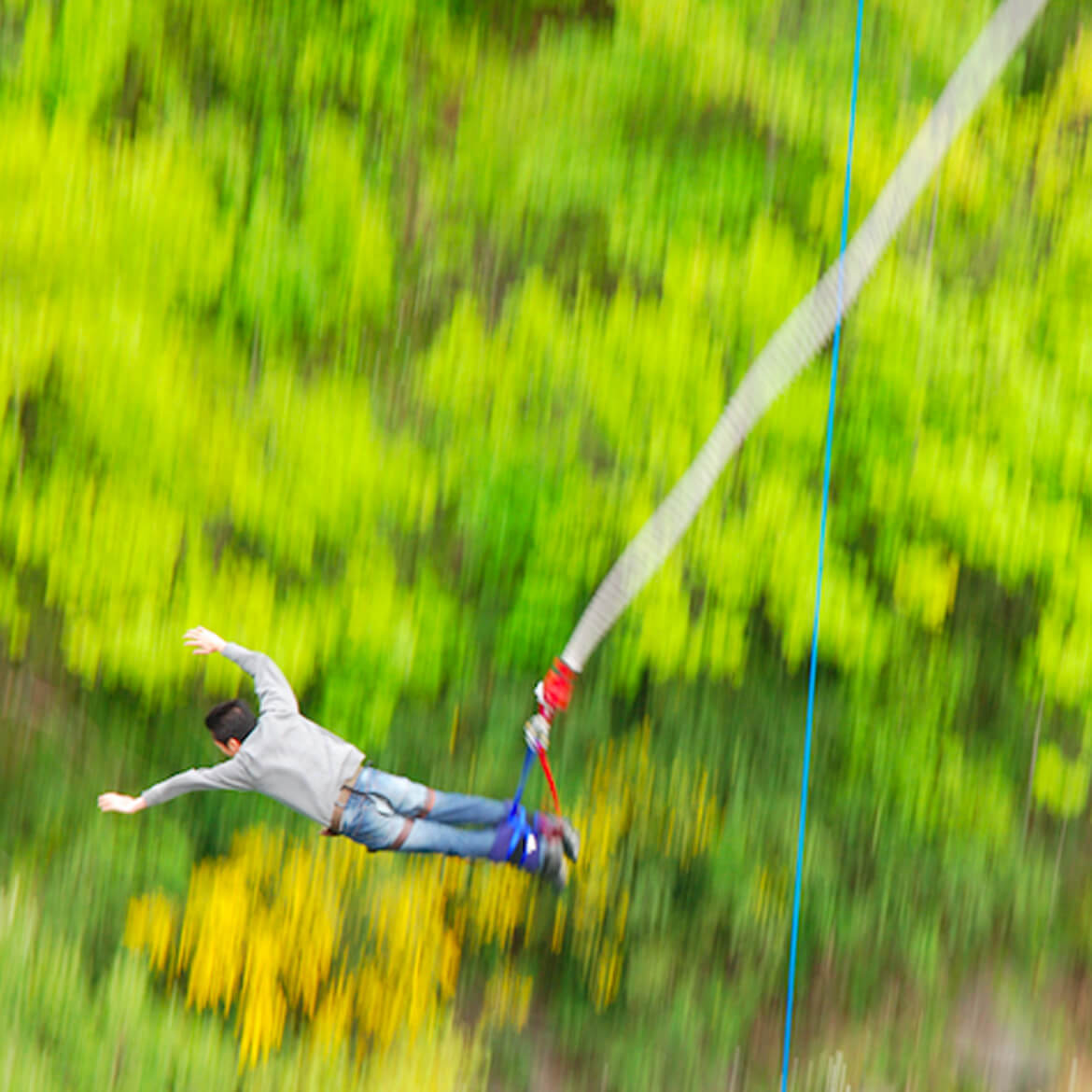 One the capital of the royal Bastar kingdom, Jagdalpur is a treasure trove of scenery- forested mountains, waterfalls and streams, deep jungles and caves. A much-recommended location for tourism in Central India, the city is also known for its thirty five diverse tribal communities. In Jagdalpur is one of the best sites for bungee jumping in India; surrounded by the Deccan Plateau, one can experience the thrill of jumping from a height which would send excited shivers down the back of even an experience adventurer. However, the experience of free-falling is out of the world. Those who wish to rid themselves of their vertigo can find no better way to do so!

The largest lagoon in India, the salt water lake is known to be the largest migratory birds harbor in the country. It is home to endangered species, and supports one the most monumental ecosystems in the country. One is advised to visit in winter in order to witness that migration season, as well as the beauty of the surrounding areas. To absorb the best of Chilika, a tourist can spend their day under the rays of tropical sun and see the spectacular stars in the night, which is why camping by the lake is one of the most calming, yet exciting adventure one can have. One can walk down the beach, spot and identify flora and fauna, take boats out on the lake and visit indigenous tribes on the island. There is nothing but beauty for the eyes to take in.

These are only a few of the many hundred escapades to be had in India. No tourist shall be disappointed by any of these fascinating activities, for they will only encourage them to indulge in some more. Go forth, adventure beckons!