Behind The Scenes In Ladakh!

Going off beat In Ladakh

It was not the first time I was traveling to this dreamlike landscape. My first trip to Ladakh was a few years back when I was contemplating what to do with my free time both personally & professionally. I had just quit my job with a fair amount of frustration. I had time and some money in my hand. So I made the best use of it. Lucky me, that I could coax a few friends into it. Not that they ever complained.

Ladakh was a destination that had got ticked off my list then. Still, years later I found myself planning another holiday there. I finally revisited it last year. This trip was not meant to be the exploring one; it was more an experiencing one. Sometimes the uniqueness that you are looking for might just be found in the familiar. I had seen the magnetic hill, done the rafting at Zanskar, slept in a tent by the Pangong Tso, celebrated the Hemis Festival and soaked in the beauty of Nubra during my first visit. Yes, there was the Hemis National park, but it wasn’t on my ‘to do’ list for now. So then, why you’d ask did I decide to go all the way back to Ladakh? The call of the mountains, maybe!

This trip again had the same group of people (minus one). We set out tracing our previous itinerary of Srinagar – Kargil – Leh – Nubra. We, however, skipped Pangong Tso this time and added a village ahead of Nubra Valley called Turtuk, about 80Kms from Hunder. 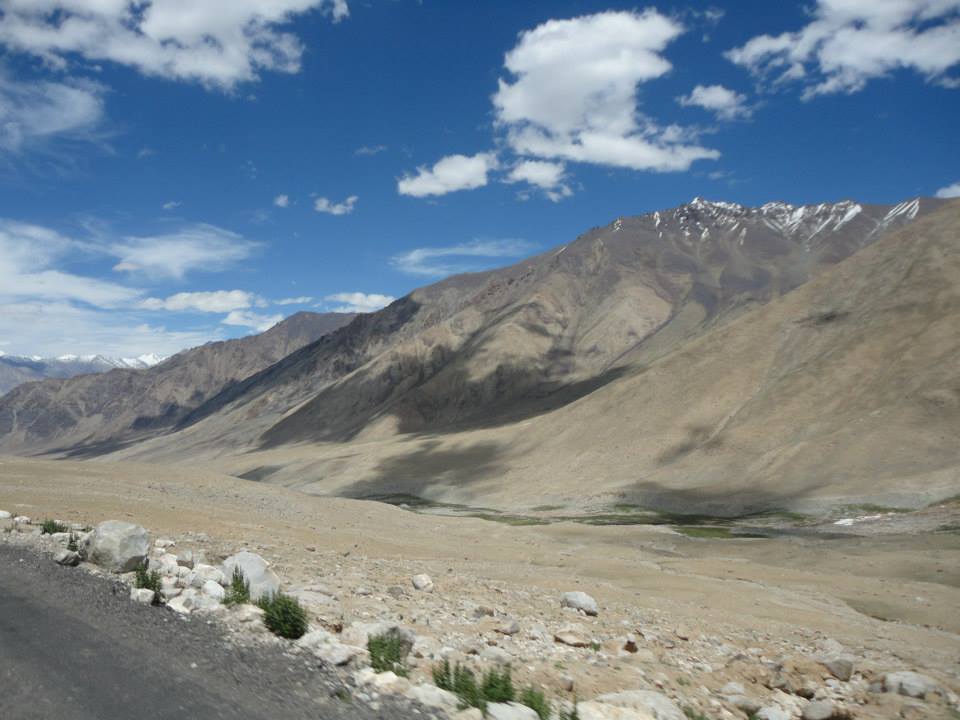 It is about as close to Pakistan you can get in this region, with only a few kilometers from the ‘Line of Control’ (LOC). It is now one of the Northernmost villages of India that you can visit but was a part of Pakistan till 1971. The location is of great importance to the defenses of our country as it is just ‘around the corner’ from the Siachen Glacier – the highest battlefield in the world. I think the remoteness of this location is what draws travel enthusiasts looking for that slice of heaven amidst all the military presence. Quite a juxtaposition some would say!

Turtuk is a slightly tiring but largely beautiful three / four-hour drive from Nubra. We left Hunder early and drove through the arid cold-desert ecosystem which was unavoidably gorgeous. The sheer scope of the landscape is quite overwhelming. We passed lunar landscapes, went past huge crater without any obvious sign of a ‘deep impact’, riverside lakes, sand dunes, crossed gurgling creeks, pashmina sheep, and even the odd Tibetan wolf. 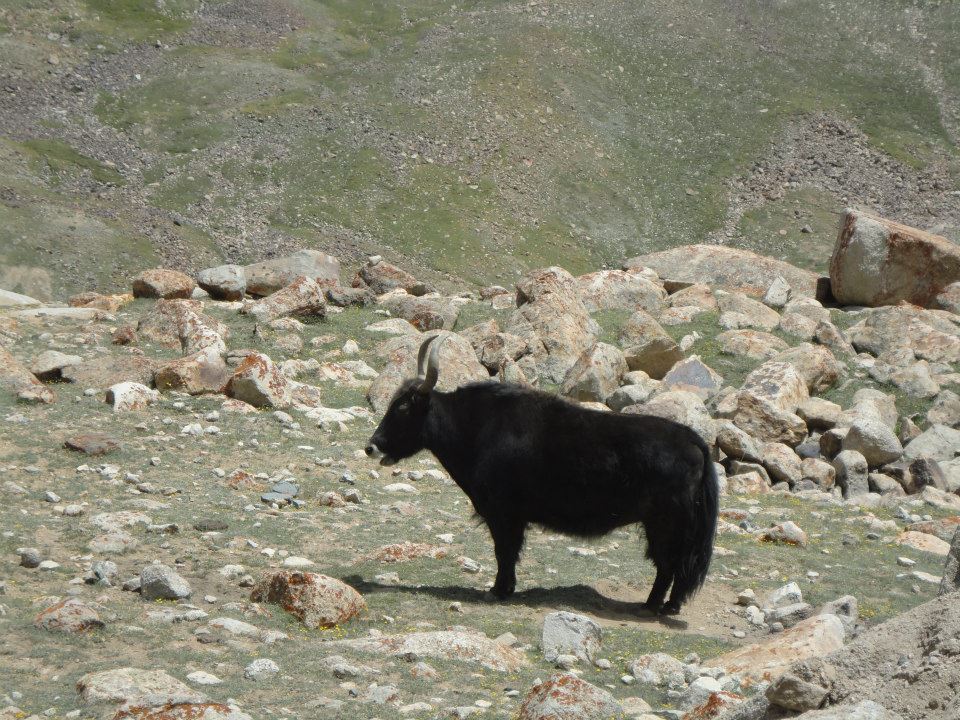 As the village drew closer we felt a distinct change in the geography. The wide Nubra valley becomes quite narrow with close steep mountains. There is a Balti flavor to the culture and cuisine here as well. As an afterthought, I think this is what drew all of us here. It is one of the only three Balti villages in India and the only one open to visitors as the Baltistan region lies largely in Pakistan.

Turtuk’s predominantly Muslim population stands in quite a contrast to the rest of Ladakh. It’s people every bit as beautiful as the region itself! Locals here speak Urdu, Ladakhi, Balti, and Hindi. Their garb is also very different from the rest of the locals in Ladakh, with bright, colorful, contrasting floral prints that stand out amidst all the greenery and stone houses.

As we approached Turtuk we realized just why it sounded so exotic! There is only one road to this village, and once it’s taken, you won’t encounter another soul for hours. You cross a bridge across the road and over the Shyok River to enter the villages. The river traverses and divides it into two parts of Pharol (new part) & Youl (old part) which have largely remained untouched as it opened to civilian visitors only in 2010. Till about two years back, Indians needed a permit to enter the village. But now, any Indian government issued Identity card will get you in. As we settled in we could feel the warmth of the weather & people alike. Being at a lower altitude than most of the places in Ladakh gives Turtuk an advantage. It has a comparatively warm climate and hence the abundance of crops like tomatoes, cauliflower, barley, and peaches grow here. So when you visit this tiny hamlet expect to see flowering fields and breathe in a sweet aroma of drying apricots. In the background, a faint gurgling of the Shyok River adds a touch of tranquility to the setting. It is like a breath of fresh air in this barren landscape.

Later in the afternoon we decided to explore the village on a short walk but did not realize how swiftly the time passed. Not because it is vast, but because it is so unique you would not want to miss a frame. With a maze of stone huts that have apricots drying on their roofs, to women tending their fields, men ‘mostly’ only tending their cattle and kids eager to get their photos clicked! We had to return to our home-stay as we drained out all the battery of our camera. A visit here feels similar to an underwater dive. You emerge with a new sense of the world around you. It is incredible to see how people survive in such harsh surroundings and yet are so hospitable & chirpy. You would not pass a human without a friendly smile & a greeting of ‘as-salamu Alaykum’. 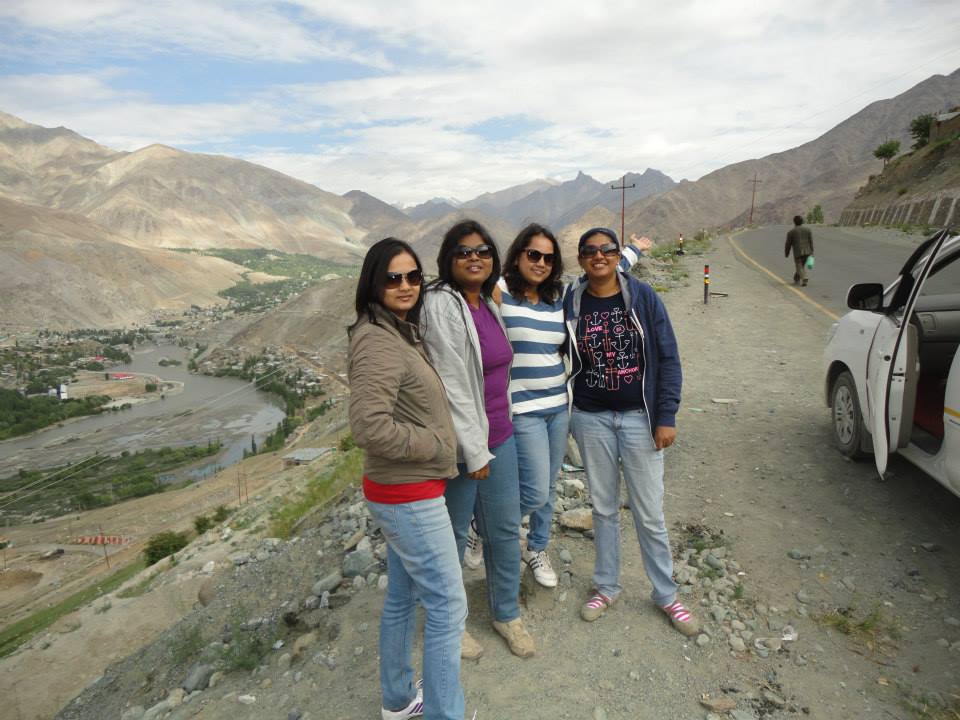 Turtuk is a place for you if you admire nature and humans living in harmony with it. You could lie low and stargaze by the Shyok River. Or for a culturally immersive experience enjoy, a Balti meal at a local’s residence like we did; make sure you try the apricot dipped in roasted barley! Visit the monastery perched high up the village & on a clear day, get a view of the K2 peak, (also known as Mount Godwin-Austen) – the second highest mountain in the world, after Mount Everest.

By the end of our trip, we had some award-worthy photographs as souvenirs, a pair of walking sticks which were handcrafted from ibex horns, some walnuts, dried apricots and apricot oil. A bag full of local products and a heart full of memories later we drove back to Leh. The eight-hour drive back didn’t seem as tiring now. We had a Balti flavor to our holiday! And let’s face it,‘ Turtuk’ does has a nice ring to it! 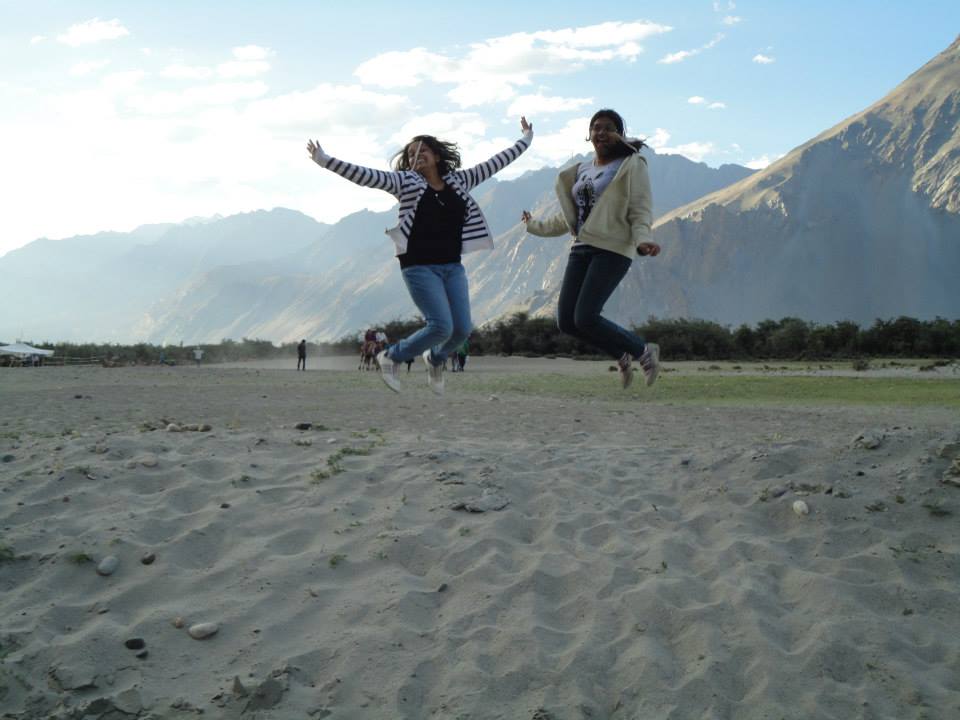 Sr Manager of Operations/ rescuer/ chocolate bringer
Dedicated and enthusiastic, this intelligent, merit student does not let our customized itineraries pass without a question, a possibility and a solution. She enjoys working in a team to give the traveler a journey they deserve. Having studied International Tourism Management (with Merit) from Leeds Metropolitan University, UK and Hospitality and Hotel Administration, Goa, she went on to work in reputed travel companies only to decide that designing off-beat, art and culture based tours was where her heart and true calling lay!

Secrets of the Red Lantern