Titled the historical capital of Bohemia, Prague is a wonderful cultural amalgamation of the many influences it has found itself a subject of a nucleus of both the Gothic and Renaissance eras, Prague has also served as a hub of war activity during World War I. Many such beautiful cultural locations have survived the bloody siege of Europe over the course of the twentieth century, and ensure that the Praha of today is one of the most wondrous cities of Europe.

While forty-eight hours are not enough to absorb all that Prague has to offer, here are some highlights which no tourist can ignore! 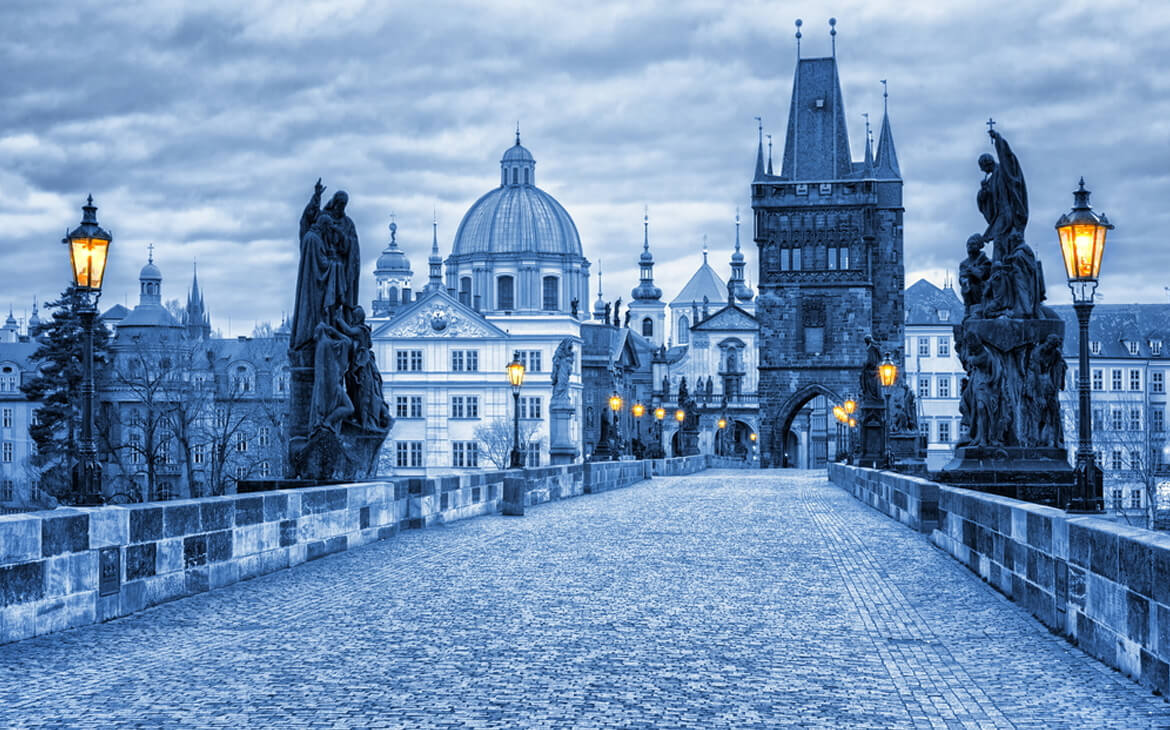 Best visited at dawn, the Charles Bridge was constructed in the 13th century by King Charles IV to replace a previously destroyed pedestrian bridge. Today, the bridge is renowned for its open-air statuette galleria, street musicians and an amazing view of the river Vltava. Along the length of the bridge, thirty baroque statues (the most famous being the Bradáč, or the Bearded Man who also serves as a marker for floods), compliment the panoramas of the Prague Castle and Lesser Town. A walk down this bridge must be followed by a visit to the Prague Castle.

A central attraction of the city, the castle was built in the ninth century in traditional Gothic architectural style, and has been occupied by both the royal family of Bohemia and the two Holy Roman Emperors. In modern times, it serves as the office and home of the presidents of Czechoslovakia. The castle is famous for storing the Royal Bohemian Jewels in a hidden room. As the largest ancient castle in the world, it has served as central point in many wars and revolts, including the Hussite Wars, the Battle of Prague and even the Nazi over-taking of the Czech nation. The interesting historical context combined with the architectural wonderment of Gothica makes for a great few hours.

To have a laugh before heading for lunch, one must visit the famous animatronic Proudy sculpture by David Černý. It depicts two boys peeing in a puddle in the shape of the Czech Republic, their pee shaping out famous Czech literary quotations. A tickle a minute indeed! At the Hergetova Cihelná, one can choose to be seated at one of many rooms or terraces to enjoy a meal from a large menu of offerings. The restaurant offers both international and Czech cuisines, and the tourist is urged to try the latter.

Patronized by the King of Luxembourg, and built over the course of seven centuries beginning in the twelve-hundreds, first under the guidance of Matyas of Arras, then the famed Peter Parlér and finally completed in 1929, the architecture is a one of the best examples of Gothic style. The church of the highest significance in Czechoslovakia, it keeps safe the tombs of Bohemian and Holy Roman Emperors. Today, it is the seat of the Archbishop of Czechoslovakia, and is known worldwide for its unique ornamentation of the vaults. An hour or so taking in the beauty of the church must be followed by a visit to St. George’s Basilica.

Dedicated to St. Gerge, the basilica is the oldest church in Prague. A unique mixture of architectural styles, it has a Gothic chapel, a baroque façade, and shrines dedicated to Vratislav and Boleslaus II. Today, it displays the nineteenth century Bohemian Art Collection curated by the National Gallery. It is also a concert hall, where regular classical and jazz concert galas are held. 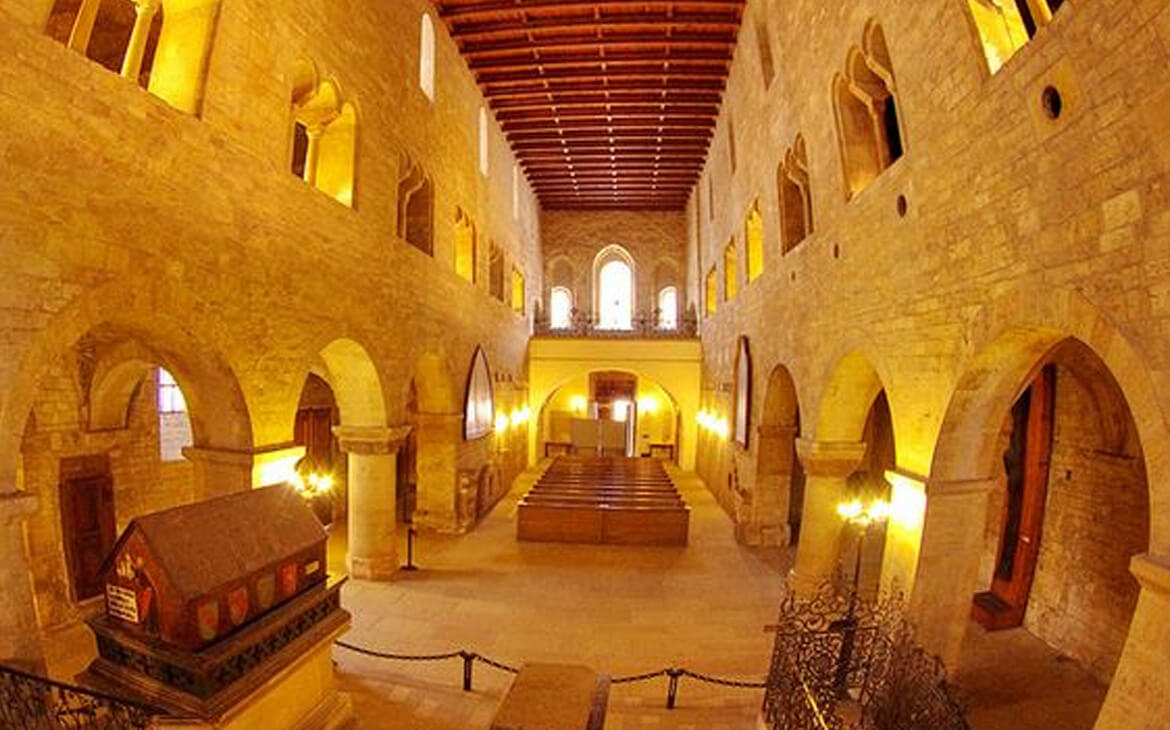 Vinograf and the Hemingway Bar

A tiny little bar in the Lesser Town, Vinograf serves Czech boutique wines. The sommeliers have dedicated themselves to ensuring that visitors taste and relish Czech wines and simple yet delicious food. Another eatery to visit is the Hemingway Bar in the Old Town which serves the best cocktails in Prague. The menu is inspired by the famous author, and many drinks are fashioned around his three favorite liquors – absinthe, rum and champagne. 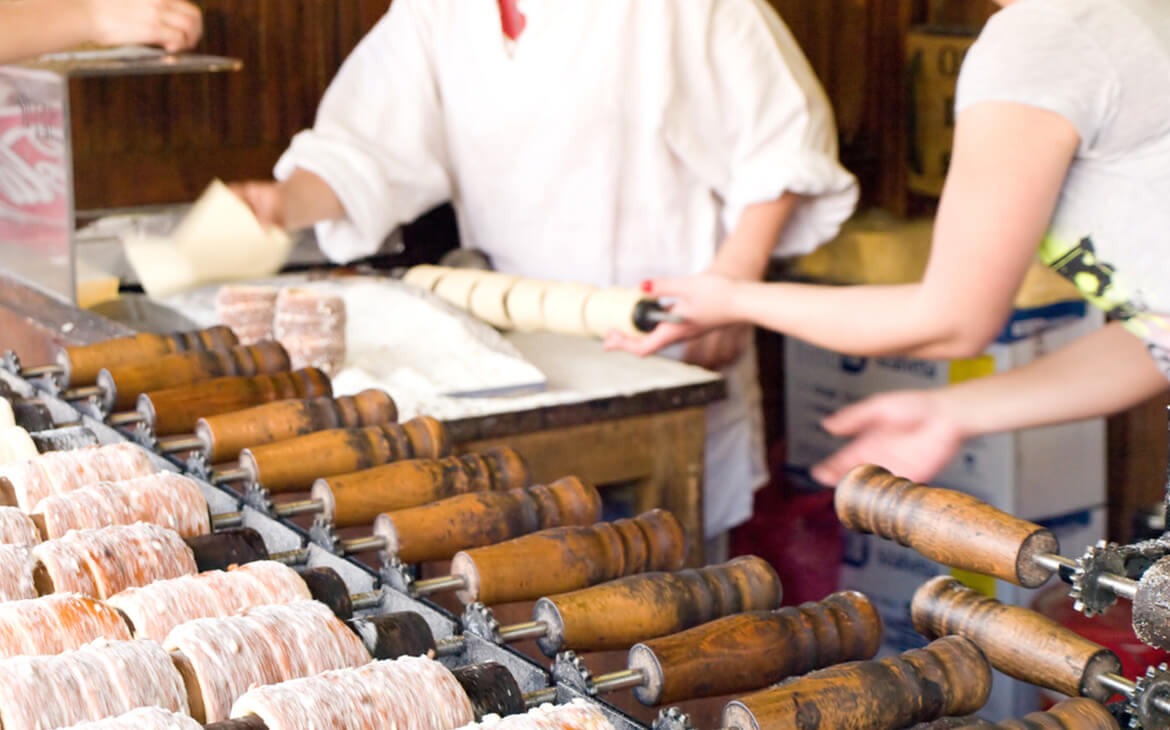 A quaint café with a lovely Belle Époque vibe welcomes tourists for traditional Czech breakfasts. This includes a Savoy breakfast set (laskonka, venecek, vetrnik or the classic strudel), a decadent French toast, and their special desserts. If one is interested in coffee on the go, the Cafe Lounge two blocks down serves wonderful caffeinated drinks. 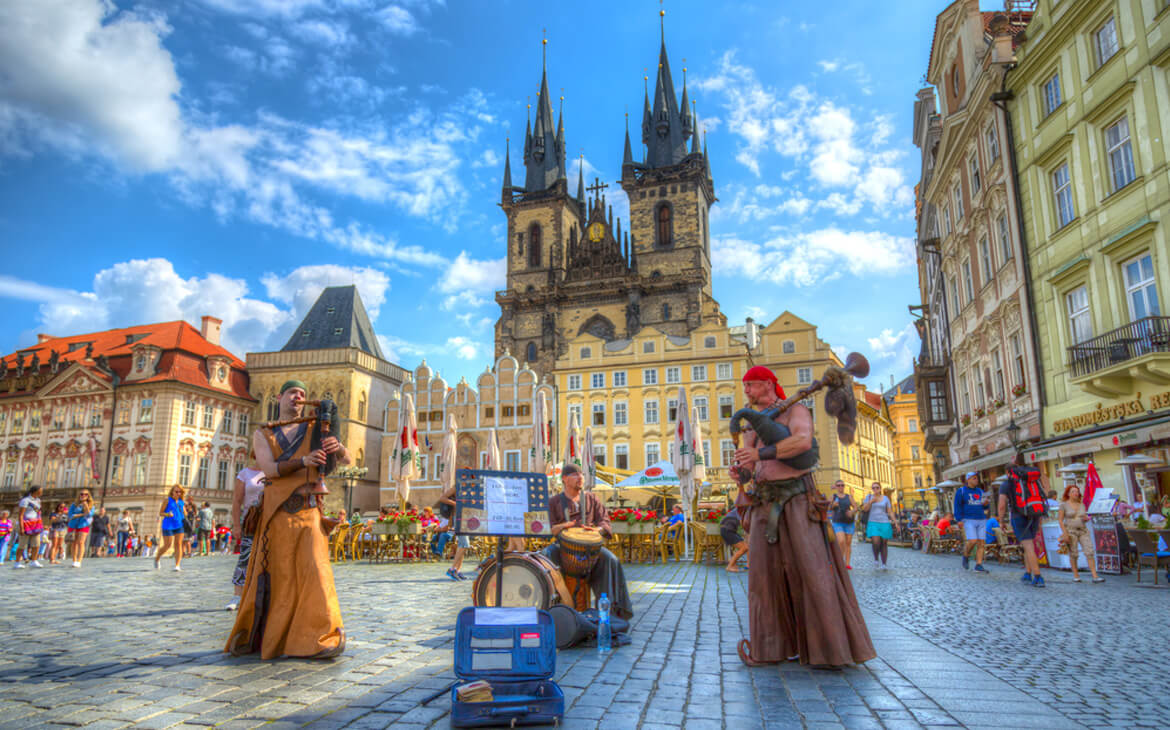 With multiple markets, the Old Town Square has an interesting history. Jan Hus, a religious reformer who was burned at stake, has been commemorated with a statue right at the center of the square. Apart from that, the location is the best place to see daily Prague life in action. The Old Town Hall (for the best views of the city), the attached Church of Our Lady, the infamous Prague orloj (the oldest working astronomical clock in the world), and the art museum Kinský Palace are some of the places which can be visited here. The clock chimes every hour for those who wish to hear the chimes! The Golden Lane, which gets its name from the many alchemists who came to the street hoping for the correct reaction to turn other metals to gold (as they had heard from legends), is today remembered for housing two literary giants, Franz Kafka (the famed house no.22) and the Nobel Laureate Jaroslav Seifert. It has a row of tiny, odd colorful houses which draw the eye of many tourists.

Attached to the Lobkowicz palace, the café offers a variety of fresh salads and sandwiches, along with great coffee & tea. It is a good place to unwind after walking around town, and offers the famous Lobkowicz wine and beer. One can be seated in the chic café, a renaissance inspired courtyard or a balcony which comes some amazing vistas of the city of Prague.

For those who enjoy the opera or seek to find out what it entails, a performance in the Estates’ theatre – better known as the one which first staged Mozart’s Don Giovanni in 1787 – is worth visiting. The production of Don Giovanni is still performed here (usually in the summer), but any opera witnessed here is worth every penny. The grand high ceiling and the brilliant lights make for an awe-inspiring view. And to imagine that Mozart himself graced the theatre with his presence once is good enough reason to be there! 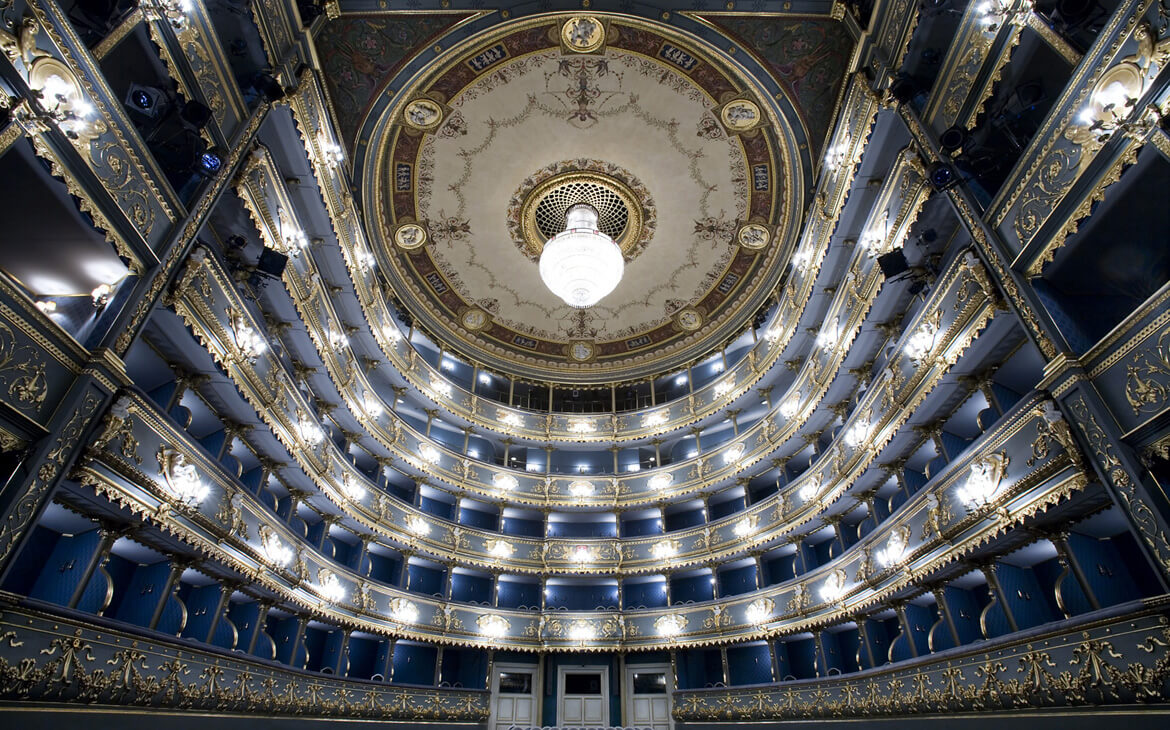 Located near the Estates’ Theatre, the restaurant serves great Czech food – smoked tongue with mustard sauce, pork knuckle, duck goulash, potato soup and bread – with light liquor, and offers a cozy ambience to wind down after a busy day.

The ancient splendor and beauty of Prague, a city beyond compare, left an impression on my imagination that will never fade.

Richard Wagner said this of Praha once, and he was not incorrect. It’s enchanting castles and cobble-stoned streets make it one of the most visited and sought after destinations in Europe, and one need only spend forty-eight hours in the city to know this. However, no one can say that two days will ever fit Prague in their pocket!